What are Provably Fair Casino Slots? And do people really care?

Provably fair slot games was all the rage in 2017 and 2018 during the right of smart tokens and ICOs. Gambling was hailed the hole grail for bitcoin’s and blockchain utility in general. Indeed a large number of new online casinos have opened. Some that accept bitcoin only and some that understand that consumers want fiat and bitcoin, and to survive it is best to accept both. Especially seeing as the world and what currencies it is using is now changing faster than ever before.

What are Provably Fair Slot Games?

Provably fair games are actually really simple in theory. All it really is, is a transparent way to display every single spin on a blockchain for the world to see. That way both players and the casino can see that the games are conducted in a fair and transparent manner. Essentially removing and eliminating any human intervention in the process. Thereby giving confidence to you as a player that the casino is indeed truly fair. While we can provide a more extensive explanation, then honestly it does not get better than this one here, if you want to understand the technical side of it a bit better.

Are there any Casinos that offer Provably Fair Slot Games?

In short: Yes! Most definitely there are. However, since their concept started emerging it has been little more than a novelty for established casino game developers or game providers. Some casinos have created their own and some smaller ones have attempted to create their own games based on it. Probably the most famous here being FunFair that ran a rather successful fundraiser in 2017.

While FunFair took a unique and bold direction by starting to create their own games, it is very evident that they lack experience in creating slot games and running an online casino. Hence their lack of performance. Speaking with studios such as NetEnt, Microgaming, Yggdrasil and NoLimit there is not a clear cut way of creating successful slot games. It is in their experience based on hard work and luck.

Overall FunFair’s lack of performance and current casinos lack of focus on developing casino games based on the provably fair concept suggest that players do not actually care.

Other casinos, both traditional and btc casinos only have some limited availability of provably fair games available. And what they do tend to offer is usually of much inferior quality.

Has the Casino Industry Adopted Blockchain and Provably Fair concept yet?

Perhaps the biggest indicator of whether people really care about provably fair games is whether the big established casino slot games providers have started adapting their games to be blockchain based. While this certainly would be good news for blockchain there is no major move anywhere to be found for any of the established studios such as NetEnt, Play N Go, NoLimit, Evolution, Microgaming, Thunderkick, Yggdrasil or Quickfire.

As such, the availability of quality games remain limited. But despite of this, if this was something that was truly something that mattered to players, we would have seen a major shift in activity and FunFair having achieved massive success. Several insiders know that their performance have been lackluster and no where near to what the cryptocurrency community was expecting.

If casino game development studios that are market leaders in their realm do not even care, then that further suggest that players do not care. These are industry leaders that always want to be at the forefront of where the industry is going and what players are looking for. Any edge they can get they are always looking to get. If they are not seeing this as an edge it suggest players do not care.

So What do Casino Players Actually Care About?

Us Casino players really only care for a number of things – the law of path of least resistance is usually always adhered to. Quite often us end-consumers really do not care about the technology behind how things they work. The only thing we care about is really that it does work according to our needs. How it actually work we often have very little interest in. Think about it, anyting really. Do you really care how your credit card works and the technology behind? No, you just want it to work when you go to the bank to take out cash or you use it in a store.

In no way does the technology behind really enter our mind. This concept of thinking that blockchain somehow is going to transform the industry is likened to the hardcore idealist blockchain developers who believed that decentralized exchanges would have won out by now too.

So do casino players really care about provably fair slot games is what we were aiming to answer. What we found is that the biggest ICO of the 2017 era related to provably fair games have had no real notable success. We found that established casino development studios have not started to actively transform their current games to be blockchain based. And lastly, consumers in general do not care about the underlying technology – at least not your average Joe, which is a major part of the population.

In short and in conclusion, there simply is no current data, information or trend that appear to support the idea that provably fair slot games is something that casino players really truly care about. 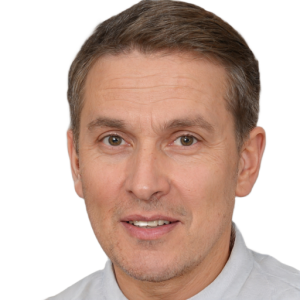 David is an iGaming professional with 10+ years leading top international Casino and sportsbook brands. In his spare time, he is a freelance writer for Casino publications.

Shopping.io (SPI) What It Is and How to Buy the SPI Token

Looking into Shopping.io (SPI)? Want to know more? Thinking how you can buy their token? Our how to buy SPI Token with Uniswap has you covered.

Ripple has landed in hot water recently, as SEC sued them over illegally selling tokens to retail customers. At least 14 crypto exchanges have started to suspend trading, and we are now seeing the first signs that other industries may be affected too.

2020 became the year of Bitcoin. With renewed confidence in Bitcoin and large institutional investors buying up all liquidity, price speculations ensues.

Shopping.io (SPI) What It Is and How to Buy the SPI Token

Looking into Shopping.io (SPI)? Want to know more? Thinking how you can buy their token? Our how to buy SPI Token with Uniswap has you covered.

Ripple has landed in hot water recently, as SEC sued them over illegally selling tokens to retail customers. At least 14 crypto exchanges have started to suspend trading, and we are now seeing the first signs that other industries may be affected too.

2020 became the year of Bitcoin. With renewed confidence in Bitcoin and large institutional investors buying up all liquidity, price speculations ensues.

Dogecoin to be used as currency on Mars by SpaceX founder Elon Musk?

With the first human settlers already landing by 2025 question remains what cryptocurrency Mars will run on and if Dogecoin is in fact the chosen one.

Can you Trust Bitcoin Casino Reviews? An insider’s honest experience.

Confused what casino to choose? Not sure if you can trust the reviews you find? Here’s an insider’s view on the matter and what you as a casino player need to watch out for.

Bitcoincasinolord’s purpose is to provide Bitcoin Casino Players with honest and transparent reviews of Bitcoin Casinos, their deposit bonuses, free spins, no deposit bonuses and rewards. Thereby ensuring that you as a casino player can always find the best and most reliable btc and crypto casinos.